A Day to Remember

A Day to Remember

Front Range Hospice is proud to be participating in the We Honor Veterans Program that is a partnership between National Association of Hospice and Palliative Care (NHPCO) and the VA. Our partnership has changed the lives of many of our staff. This story is just one example.

Today started out like an ordinary day. I got up, got ready for work and headed out the door. Only today I dressed in red, white and blue because I was to speak to a small group of military Veterans to honor them for their service in our military. My anxiety was running amuck from the moment I realized the day was here. I was grateful I had other meetings and visits to complete before the big event this afternoon to help me focus on something other than this ceremony.

I got to Arvada Care Center and a small group of people were seated around a couple of tables decorated in the very colors I’m wearing. As I approached I realized it was a small group of people having a bible study. I sat at the back of the room and waited for Mary the activities director to come and greet me and take me to the Veterans ceremony.

After waiting about 10 min, Mary came out and greeted me and then walked me up to a small group of about 12 people. Mary wasted no time in introducing me and why I was there today. My hands started sweating, my heart raced up to 160 beats a min and my mouth was as dry as the Mojave Desert.

Well I took a deep breath and jump in with both feet. I did my part as the presenter, I thanked them for their service, I talked about Front Range Hospice and the We Honor Veterans  program and the partnership between NHCPO and VA.

The time came to give out the certificates recognizing the people who have served in the military. I called out the first name. Ironically his first name is the same as mine. When called out his name, he stood with the use of his walker and did something I was so not expecting. He stood tall and saluted me with such pride. I gave him his certificate, shook his hand and thanked him for his service.

I continued reading names and giving certificates to each man and women who served and each one showed such pride for their contribution to our country. After reading the last name and thanking the last serviceman we all sat to celebrate with some cup cakes – which are red white and blue, and ice cream.

Now was when this event turned into something I will remember for the rest of my life. One person started talking about what they did in the military. Before I knew it, I was sitting next to a man who was an airplane propeller mechanic, another who was a foot solder or a “dirt rearranger” as he put it. I was sitting with a lovely lady who joined the Navy with her sister. She was a key board operator because back then women were not allowed on the ships. She could not recall what her sister did.

The stories just started flowing from everyone; they just went on and on. Each person had something very different to share but with very much the same story. They talked about where they were in Vietnam and Pearl Harbor. They talked about how some would have never made the choice to join the military, but because of the draft they were able to see the world and do things they would have never have been able to do on their own. The wives talked about their husbands and what they did in the military. Some of these stories brought tears to my eyes and a profound respect for each of them. Once the stories were told the group started talking about where their loved ones were buried and where they hope to be buried at. A few wanted to tour Fort Logan Cemetery. At that moment Mary the activities director asked who would like to go on that trip and half the group raised their hands. Mary is now planning an outing for the summer to Fort Logan Cemetery.

The event went off without a hitch. I received more thanks from this small group then I ever would have imagined. I was thanked for simply thinking about them. Thanked for the certificates, thanked for allowing them to share their stories. What they don’t realize is they gave me something much more then I could have ever given them. I say to all our Veterans who have served or are currently serving:

“Thank you, thank you for what you have given.  Your sacrifice is why I’m free and able to be me. Americans are forever in your debt.” 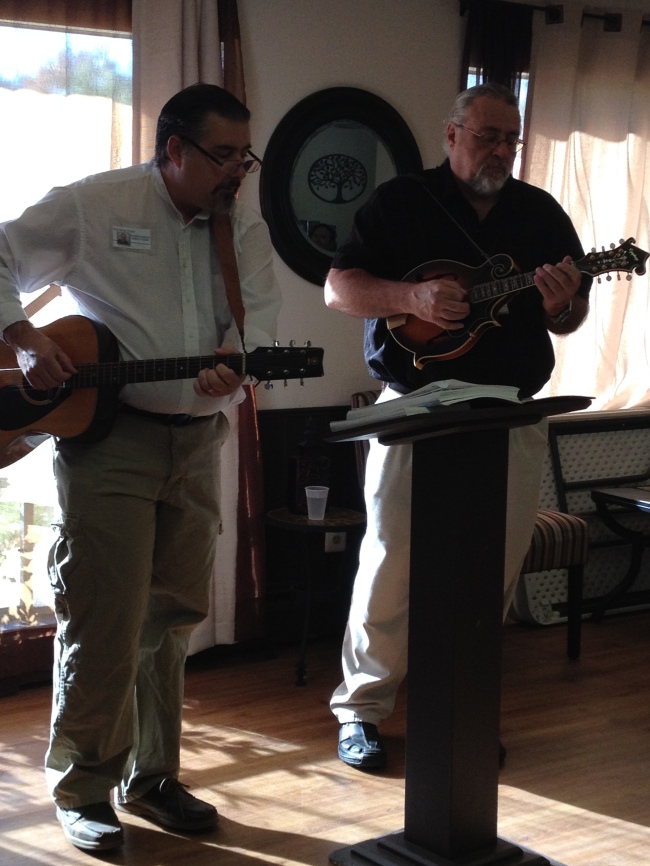 Front Range Hospice is a center for excellence in providing end-of-life care and we continue to strive to keep our company achieving distinction. Visit us at www.frhospice.com.
View all posts by Front Range Hospice- Legendary Care →
This entry was posted in Uncategorized. Bookmark the permalink.

1 Response to A Day to Remember